Every time I thought about writing this story, it made my heart tug a little bit. Because to be quite honest, its opening up a side of me that only a few special people know. So let’s get started… It’s breastfeeding week so I thought what better time to share my story than now.

When you’re pregnant, no one tells you how hard breastfeeding is. During the 9 months I was pregnant, not a single person, outside of my sister who could not breastfeed her first, told me how ROUGH breastfeeding really was. NOT my doctor or friends. Everyone tells you what to buy or the sleepless nights you’ll have, but no one shared how tough breastfeeding was and is not as natural as it seems or that how much postpartum stress can add to the overall health of women.

I was at my 40 week appointment when my doctor said I had too much fluid and that I would need to be induced. I prepped myself with magazines and brought our music and books to read. Because well induction can take up to 72 hours. We walked in at 9pm, registered, got a room, they started the process of induction and everything was fine. It was just a waiting game at that point. But around 6am the next morning, my son’s heartbeat started to go up and down, up and down and up and down constantly. A few hours of close monitoring, it was around 11:10pm when Armaan’s heartbeat went down drastically. I remember nurses running in and checking to make sure I was ok. I was trying to stay calm and then I heard the worst sentence of my life…”We don’t have a heartbeat”. They continued to check and continued to say “We don’t have a heartbeat”. The doctor ran in and said “Prep the OR”.. and they started to wheel me out. God BLESS labor nurses. The one with me was trying to keep me calm the entire time. They started to hustle and bustle around me as they were about to operate a c-section on me. I kept asking “I need my husband”.. “where is my husband”. They didn’t have enough time to prep him and here I was on the OR table vomiting and scared and worried if my baby would be ok.

At 11:31am out came Armaan Patel as healthy as can be. Yes that’s right from the time they said “We don’t have a heartbeat” to my c-section and Armaan being out in this world was all of 20 mins. He had his umbilical cord stuck around his neck not once but TWICE. And I kept thinking.. “Where is my husband??” And because they did not have enough time to prep him. He did not get to cut the umbilical cord. He ended up coming much later but it didn’t matter because my BABY was ok. After that came the pain, the feeling of WHAT THE HELL JUST HAPPENED TO ME? At that time, they didn’t allow the baby to be in recovery with me so I didn’t get to see him until 2 hours later. And I thought, oh no problem I will put him on my breast and he will feed and all will be fine. Boy was I wrong….

After that came 7 weeks of no latch, fussiness, spit up, frustration of not being able to breastfeed which led me to also have baby blues. I remember I use to sit and cry for weeks because I felt like I failed as a mother. My job was to feed him my milk, but I just was not able to. Then you hear “FED IS BEST” and you’ll be ok. BUT I WASN’T OK. I wanted to someone at that time to tell me that it was ok to feel all those feelings. And the 3 people who got me through those first 7 weeks was my mummy, my amazing husband, and my cousin, who had also gone through the same struggles.

Those first 7 weeks were rough, I pumped around the clock because I thought that was the only way I was able to provide him my milk. My supply was not holding up because he needed more than I can offer. I would go upstairs and cry in my room alone because I just wasn’t myself. Every time I saw friends talk about their over supply, or after they got over the first two weeks, breastfeeding became easier, or the stash they had saved already in their fridge, I would get a shooting pain in my heart that I couldn’t do the same with my son. After about 7 weeks, not sure what happened but I remember sitting in his room just holding him and he smiled at me and it was as if he was saying Mommy, everything is going to be ok and that I was giving him all that I possibly could by just being his mom and holding him, loving him, and feeding him. That moment was like a flip of a switch that I knew everything will be OK.

I did end up exclusively pumping for 5 months providing him with half of my milk and half formula. And honestly, I wish I didn’t stress so much that added to my baby blues. I wish I knew that I was already an amazing mom by nourishing him and giving him all the love in the world. And looking back, how and what I fed him… breastmilk or formula.. he is an AMAZING boy who is kind, loving, and smart and who years from now, won’t remember anything but the amazing memories and the love that I gave him versus how much breastmilk I gave him.

Yes, this week is breastfeeding week. I’m all for breastfeeding mommas who are out in public to be free and able to feed their baby. I’m in support of all mommas who are tying to do whatever it takes to keep their beautiful little humans alive and thriving. Cheers to you!

If you know a momma who is expecting or has had a baby, please reach out and ask how they are doing. Because the early days are rough, and to know that there is someone to support them, will mean the world to them. To be quite honest, the people I did share it with didn’t have anything to say, maybe because they didn’t know how to react or help, but please even if you don’t know exactly how they are feeling, at the least let them know you are there for them. And if you have a similar story, I would love to hear about it, comment below!

To all the mommas who have breastfed or breastfeeding your babies, kuddos to you!

To all the mommas who have formula fed your babies, kuddos to you!

To all the mommas who exclusively pumped for your babies, kuddos to you!

To all the mommas who are doing their BEST EVERY SINGLE DAY, kuddos to you! 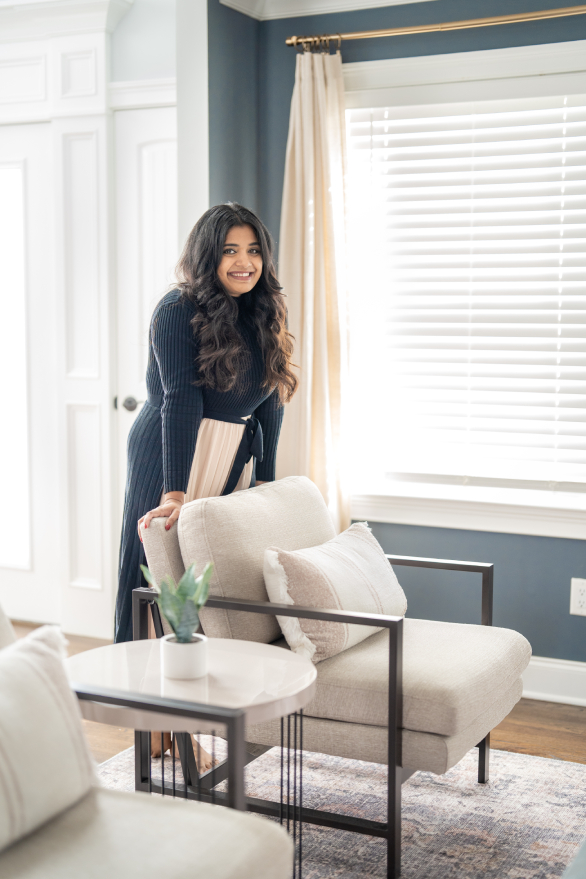 If you’re looking for home tips, finds and more, you’re in the right place! There are so many great blog posts to inspire you to create the right spaces for your home. Look around and enjoy! - Rashmi

what are you looking for?